Our hotel with wellness center in the Gargano is in a very favorable position to move at the discovering of some of the most striking places in the Region, such as San Giovanni Rotondo, Vieste, Mattinata, Peschici, Monte Sant'Angelo, Lucera.

The surrounding territory offers a wide range of various landscapes: they go from the sea to the wild nature of the Gargano National Park, at whose feet rises our wedding location, to the Foresta Umbra and the olive oil trees fields.

By staying in Tenuta Corigliano one will have the chance to go to the National Park and then relax on the beaches that are wet by a so clear waters, to explore the marine caves that are typical of the coast and to walk in the streets of the marine villages, rich in smells, history and traditions.

The Gargano surprises also for its rich cooking, that is based on local and genuine raw materials, for its hermitages, the villages and the worship places, that are all year visited by a lot of pilgrims.

Every corner of the Gargano deserve to be visited and can be also the set of an amazing photo shoot. 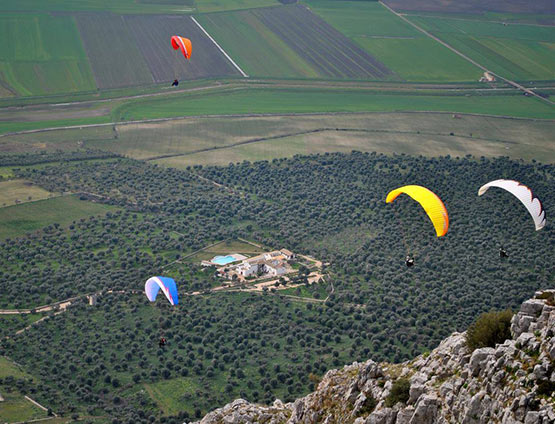 A wedding or a holiday on the Gargano will be unforgettable, thanks to the magic, the beauty, the charme this land has.

he promontory has covered by a almost all wild nature that goes from the the coast to the hinterland, where rises the Foresta Umbra, a misterious and sacred place.

It it the perfect place where to do excursions, sport and to find out the history and traditions of the Pugliese land.

The whole territory is crossed by a lot of paths that can be rided by who does trekking, horse riding, mountain biking, orienteering, birdwatching, speleology, that can be done in total safe and suitable according to everyone's experience.

Our wedding location is in the province of Foggia, close to some of the most enchanting villages in Italy.

» VIESTE: it has often awarded with the Blue Flag of Europe thanks to its clear waters. It has some of the most beautiful beaches of the whole promontory, included that of the Pizzomunno, famous for its 25 meters high monolith, that is the emblem of the city, and that one of San Felice with its typical Architiello, another symbol of the Gargano, and the Pugnochiuso bay. Vieste is also known for its city center, made of narrow streets and white houses.

» PESCHICI: well known bathing city, it has also been often awarded with the Blue Flag. It is known for its city center, that rises on a rock that overlooks the clear sea, and for its rises and falls, the streets and the lodgings, that includes the marine traditions of the city.

» MATTINATA: it is a bathing city that includes some of the most beautiful and amazing bays in the Gargano. Vignanotica, made of a lot of grottos and reacheble thanks to a path marked by Aleppo pines and Mediterranean scrub; the Mergoli Bay, with its faraglioni, the pine woods and the beach made of white stones, that are the emblem of the Garganica coast. The city center is known as "Junno" and has typical stone houses, that are similar to the "trulli" in Alberobello or the "nuraghi" of Sardinia.

» ISOLE TREMITI: one of the Italian heavens on earth is righ in front of the Gargano coasts. The Tremiti Islands are a protected marine area, whose bottoms show the presence of so many different species of fishes, mollusks and a wide variety of wild marine vegetation. Only two of the islands are inhabited while the others are totally wild. They are the perfect place where to do snorkeling, diving or just admire the underwater show.

Choosing Tenuta Corigliano for your wedding day meas also to be close to some of the main worship places of the Province of Foggia, among them the Sanctuary of San Pio, in San Giovanni Rotondo, the hermitages in Pulsano and Monte Sant'Angelo. In San Giovanni Rotondo is preserved the body of Padre Pio from Pietralcina, known to have had the stigmatas and to have assisted believers and infirms for more than 50 years, by also contributing to the building of the Casa Sollievo della Sofferenza, that is still one of the most renowned hospitals in the South of Italy.

Another worship place of interest is the Church of San Pio, designed by Renzo Piano, that can host up to 7.000 persons.

Pulsano is indeed known for its abbey, dated back to 591, built upon the remains of an ancient pagan temple that was devoted to Calcante and that, after a long restoration, has been reopened in 1997. It is surrounded by a lot of hermitages that have been used as houses, and that can be reached using ropes or stairs.

Monte Sant'Angelo, is known for its Sanctuary, devoted to the archangel San Michael, a sacred grotto that can be reached walking a long stair, made of 89 steps. The tradition tells that a rich shepherd lost a bull, that was found in this grotto. The shepherd decided to kill it with his bow but when he throw the arrow, it came back and wounded him. After this misterious event, the bishop of the city ordered three days of penitence, at the end of which it appears the Archangel Michael who declared the grotto a sacred place where the inhabitants could have found a shelter.

Today all these worship places are all year reached by a lot of pilgrims and are one of the treasure of the Gargano. 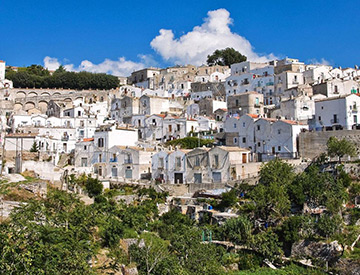 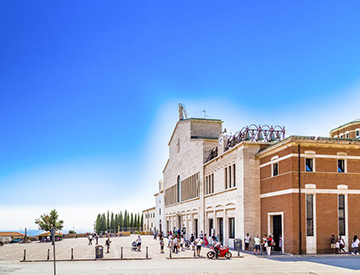 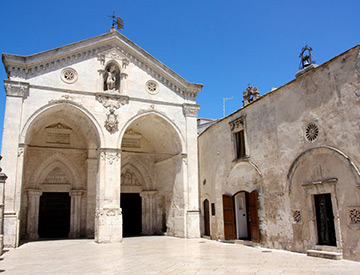 In the hearth of the Apulia

Suitable for events and ceremonies in the Apulia

How to reach us

Sign up to the newsletter to always be updated about our last promotions and events!